Hurricane season consistently gives Caribbean boat owners nightmares. One of the most iconic and memorable photos of Hurricane Irma’s aftermath was the shot of yachts in Paraquita Bay – one of Tortola’s sanctioned “marine shelters” – smashed together and stacked one on top of another, like barnacles covering an unseen boulder. In addition to being a testament to the storm’s ferocity, it served as a visual reminder of an unfortunate reality: though the Caribbean may be a sunny mecca for sailors, its yearly hurricane season will always be a precarious, nerve-wracking time for anyone lucky – or unlucky – enough to own a boat in the region.

Insurance only complicates matters even further: boat owners who aren’t familiar with every aspect of their hurricane coverage may find themselves underinsured or cast off on a technicality if and when their boat is damaged by the region’s severe weather. 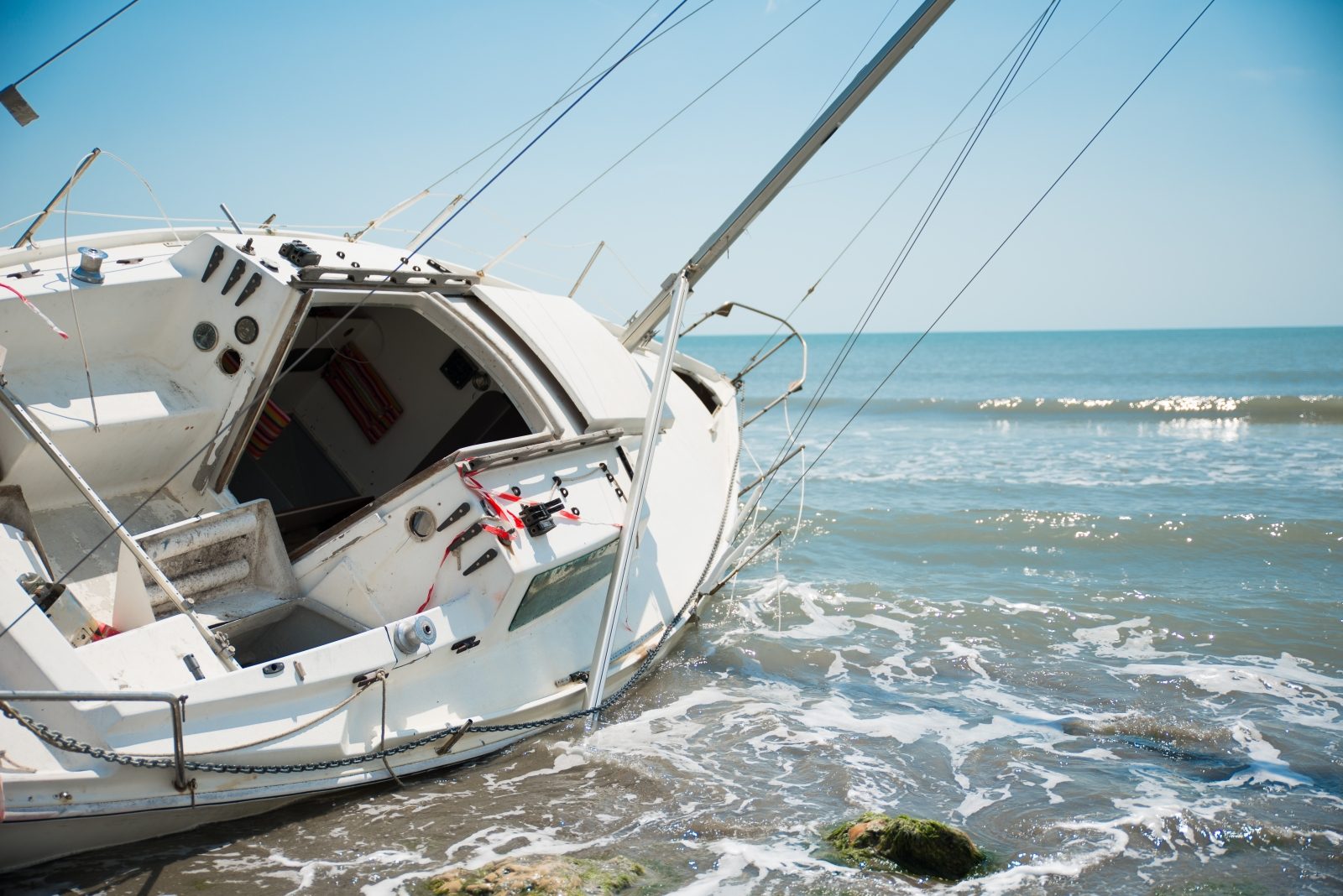 “The owner of [a] vessel must advise insurers of their hurricane preparedness plan, location, number of stands used, size of chains or strands used on the vessel, number of anchors used, etc.,” explains Jera Cameron, the director of the marine department at the Tortola-based Caribbean Insurers Group, “It is the owner’s responsibility to advise insurers of their hurricane preparedness plan, and once agreed by insurers, we can proceed with covering the vessel.”

Before enduring the potential turbulence of another Caribbean storm season, the Boat Owners Association of The United States (BoatUS) recommends preparing that plan and investigating every detail of your coverage. That means checking on things you may not have thought of at first – like a policy’s salvage costs.

“Most boaters assume that the cost of raising or moving a damaged boat to a safe location – salvage coverage – is included in their insurance policy,” a BoatUS press release reads, “And with better policies that’s true: They offer salvage coverage that is separate but equal to the boat’s hull coverage limit. This means a boat that’s insured for $40,000 (hull coverage) has another separate $40,000 available to raise or move the boat (salvage coverage) to a repair facility.” 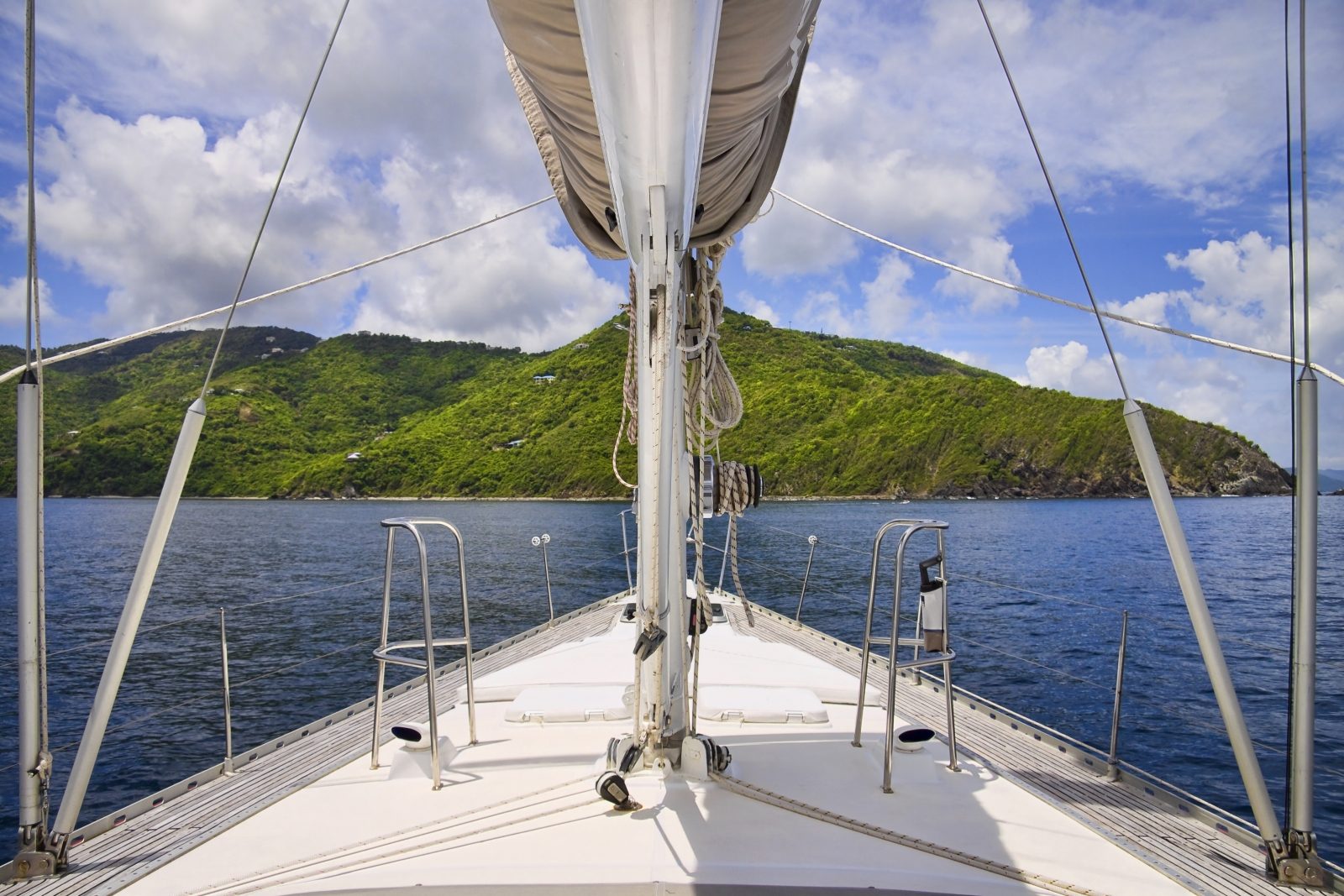 Less comprehensive policies are a different story, however.

“Lesser policies limit salvage coverage to either a small percentage of the boat’s insured hull value, perhaps just 5 to 10 percent, or they may subtract salvage costs from the insured value of the boat, reducing the funds available to repair the boat or the amount paid in the event of a total loss.”

BoatUS also says that “hurricane haul-out” coverage is necessary if you’re in a hurricane zone.

“This coverage helps pay boat owners a portion of the labour costs to have a boat hauled, prepared and tied-down by professionals, which include marina or boat club staff, or to have the boat moved by a licensed captain,” the association’s press release reads. “While a hurricane haul-out does cost the boater some money, it’s potentially far less than if the boat sustained damage or became a total loss.”

After the destructive 2017 season, some insurance policies won’t provide storm coverage to a yacht that is in what providers describe as the Caribbean’s “hurricane area,” which always includes the British Virgin Islands.

Moving your yacht to Grenada during the summer is likely to reduce your insurance premiums, and moving it all the way down to Trinidad will probably lower them even further, according to Bluewater Yacht Insurance, a Florida-based provider.

Even some of the marinas previously utilized by crewed yachts to shelter from storms in the BVI have seen changes in their own insurance policies and can no longer host boats on the docks during the hurricane season, according to Janet Oliver, the executive director of the BVI Charter Yacht Society.

Some policies have evolved in the two years since the disaster. Following hurricanes Irma and Maria, Caribbean Insurers initially decided that no insured vessels could remain in the BVI or other hurricane-prone areas during the storm season, according to Cameron. However, they realized that would be detrimental to the territory’s economy, so they changed their policy to allow insured boats to stay in the BVI – under certain conditions.

Cameron says Caribbean Insurers requires all vessels to be stored on land in a boatyard or in a recognized marina. Any insured boat under 26 feet, however, needs to be hauled out, she adds. 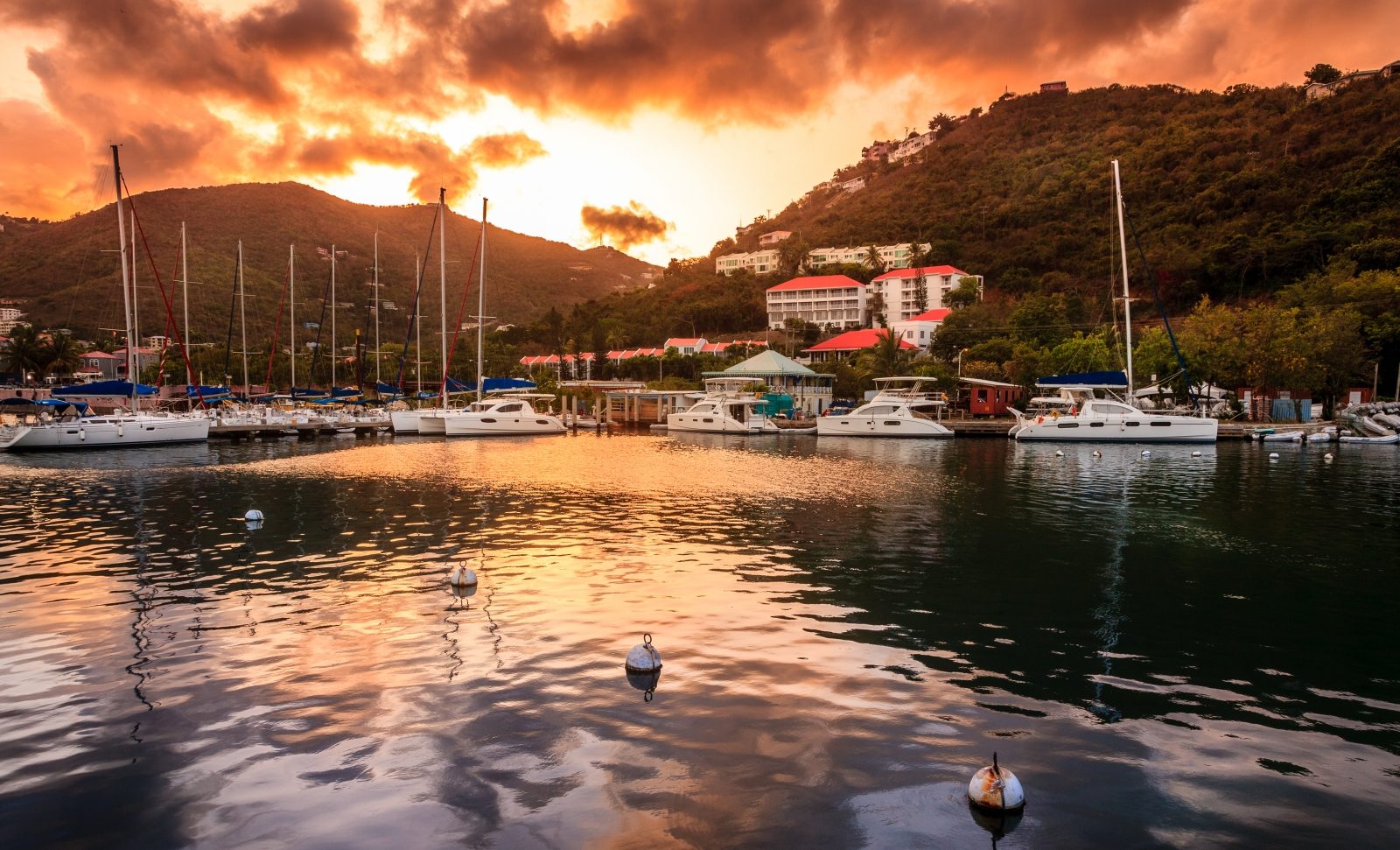 Some yacht owners who do have policies that allow their boats to stay in the territory between June and December, as well as places to put them, could still see their wind storm deductibles rise significantly if their vessel is damaged by a named storm while it’s in the BVI, explains Oliver.

Some policies will reduce those deductibles if you provide evidence that you adequately prepared your boat for the storm, according to BoatUS. Taking pictures of hauling out your boat, lashing it to the ground, and removing any windage items like enclosures, canvas and sails could potentially slash your deductible costs in the event of storm damage.

Offshore Risk Management, an international marine, aviation, and speciality risk insurance broker with offices in the Caribbean recommends blocking your boat carefully in a place where trees and other boats won’t be able to fall onto it. Hauling out should be your first choice, though there are still protective strategies you can employ if you choose to keep your boat in the water, according to ORM.

“If you are close to a snug harbour with secure holding ground and you have several heavy anchors, you might want to move the boat there,” an ORM guide reads. “Otherwise, study the layout of your marina. Tie your boat securely in the middle of the slip… Turn your boat in the slip to face the storm winds and waves as much as possible. Set up spring lines to resist forces from the storm directions.”

“Nylon twist lines are best for mooring or dock lines,” the brokerage advises. “They stretch much more than braid, take shock loads better and can be set up tightly to start with. The major problem with nylon is chafe. Put thick chafing gear on all lines.”

Acquire this Domain
You can acquire this site’s domain name! We have nurtured its online marketing value by systematically curating this site by the domain’s relevant keywords. Explore our content network – you can advertise on each or rent vs. buy the domain. Buy@TLDtraders.com | Skype: TLDtraders | +1 (475) BUY-NAME (289 – 6263). Thousands search by this site’s exact keyword domain name! Most are sent here because search engines often love the keyword. This domain can be your 24/7 lead generator! If you own it, you could capture a large amount of online traffic for your niche. Stop wasting money on ads. Instead, buy this domain to gain a long-term marketing asset. If you can’t afford to buy then you can rent the domain.

About Us
We are Internet Investors, Developers, and Franchisers – operating a content network of several thousand sites while federating 100+ eCommerce and SaaS startups. With our proprietary “inverted incubation” model, we leverage a portfolio of $100M in valued domains to impact online trends, traffic, and transactions. We use robotic process automation, machine learning, and other proprietary approaches to power our content network. Contact us to learn how we can help you with your online marketing and/or site maintenance.

The requested URL's length exceeds the capacity limit for this server.

The requested URL's length exceeds the capacity limit for this server.

This website uses cookies to improve your experience while you navigate through the website. Out of these cookies, the cookies that are categorized as necessary are stored on your browser as they are essential for the working of basic functionalities of the website. We also use third-party cookies that help us analyze and understand how you use this website. These cookies will be stored in your browser only with your consent. You also have the option to opt-out of these cookies. But opting out of some of these cookies may have an effect on your browsing experience.
Necessary Always Enabled
Necessary cookies are absolutely essential for the website to function properly. This category only includes cookies that ensures basic functionalities and security features of the website. These cookies do not store any personal information.
Non-necessary
Any cookies that may not be particularly necessary for the website to function and is used specifically to collect user personal data via analytics, ads, other embedded contents are termed as non-necessary cookies. It is mandatory to procure user consent prior to running these cookies on your website.
SAVE & ACCEPT
Generated by Feedzy